As part of its continued growth strategy throughout Connecticut and Massachusetts, KeyBank announced today more new hires and promotions across its business lines serving consumers, businesses, and communities in the region.

“This is a growth market for KeyBank, and while other banks in the area might be cutting back, we are continuing to hire and invest in talent,” said Connecticut and Massachusetts Market President James R. Barger. “With so many families and businesses dealing with this pandemic and its economic effects, it is important to Key to have the resources to help customers, companies, and communities re-build their financial wellness.”

The following new bankers have joined Key Private Bank, one of the premier private banks for affluent individuals and their families:

John Jezowski has joined Key Private Bank as Wealth Advisor, responsible for the coordination of financial planning, investment management, tailored lending, fiduciary services, and private banking for clients throughout Connecticut and Western Massachusetts.  Prior to Key, he spent 10 years as a senior private banker and relationship manager with Webster Private Bank.  Before Webster, Jezowski served as a financial advisor with Merrill Lynch Wealth Management, and a relationship manager with Wachovia Wealth Management.  Previously he managed his own privately held mergers & acquisition/investment banking firm.  Earlier in his career, he held corporate development and special projects positions in the specialty chemicals industry with Henkel Loctite and W. R. Grace.  Jezowski holds a B.S. in Chemistry from Worcester Polytechnic Institute and M.S. in Finance from Rensselaer Polytechnic Institute.  He has served in leadership roles with several community-based charitable nonprofits, including the New Britain Museum of American Art, Easterseals, Open Hearth, and Estate & Business Planning Council of Hartford.  He resides in Wethersfield. 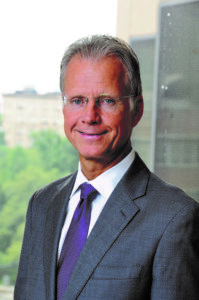 Chelsea Brochu has joined Key Private Bank as Senior Experience Manager.  She will lead the Hartford team of client experience associates responsible for ensuring delivery of the Key Private Bank client experience and maintaining and helping to grow client relationships through a proactive focus on meeting client needs for financial planning, investments, trust, banking, and client services.  Prior to joining Key, Brochu spent two years with MassMutual Trust Company as a relationship manager.  Before that, she was a wealth strategies analysts with U.S. Trust.  Brochu holds a B.A. from the University of Vermont, and a J.D. from Western New England University.  She lives in Glastonbury. 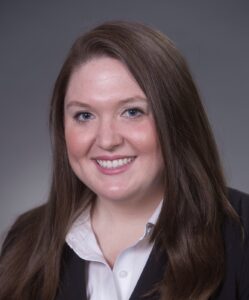 Geoffrey James was promoted to Key Private Bank’s Wealth Development Partner, responsible for driving cross-business development between Key’s Connecticut and Massachusetts branch network and the private bank.  James joined KeyBank in 2017 as a branch manager for the bank’s North Branford branch.  Prior to joining Key, James spent more than four years with Wells Fargo Advisors, most recently as a financial advisor, as well as private banker and licensed banker.  He began his career as a financial representative with Northwestern Mutual.  James holds a B.A. from Morehouse College in Atlanta, GA.  He is actively involved in the community, including providing financial literacy workshops and other volunteer activities.  He resides in Trumbull. 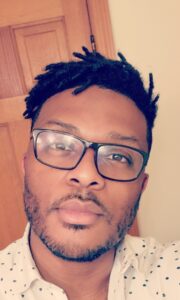 Brandon McGoldrick has joined Key as a Senior Business Banking Relationship Manager for the Greater Hartford area.  In his new role, he will expand existing client relationships and generate new business banking opportunities through new client relationships. Prior to Key, McGoldrick spent 19 years with Bank of America in a variety of roles, including business banker, middle market credit underwriter and private client group financial analyst. McGoldrick holds a B.A. from Trinity College. His community activities include Habitat for Humanity, Connecticut Food Bank and serving as a board member and resource development chair for the Boys and Girls Club of Meriden.  He lives in Durham. 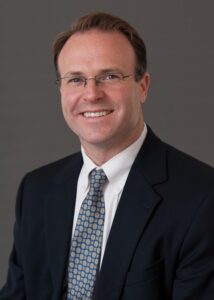 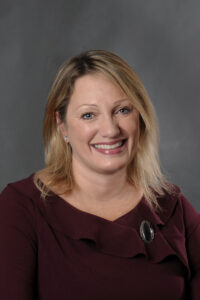 In this role, Addison is responsible for implementing a market sales strategy and leading a team of financial advisors who provide investment products and services to clients in Connecticut, Massachusetts and New York.  She has been with Key Investment Services for 14 years and has more than 30 years of experience in the banking industry. She began her career with Fleet Investment Management, which was part of Fleet Bank and later became Merrill Lynch/Bank of America.

In addition to the above, KeyBank Commercial Banking previously announced the hiring of Senior Commercial Bankers David Ott and Sasha Stein to its Middle Market Banking team in the greater Boston area.

KeyCorp’s roots trace back 190 years to Albany, New York. Headquartered in Cleveland, Ohio, Key is one of the nation’s largest bank-based financial services companies, with assets of approximately $170.5 billion at September 30, 2020. Key provides deposit, lending, cash management, and investment services to individuals and businesses in 15 states under the name KeyBank National Association through a network of more than 1,000 branches and approximately 1,400 ATMs. Key also provides a broad range of sophisticated corporate and investment banking products, such as merger and acquisition advice, public and private debt and equity, syndications and derivatives to middle market companies in selected industries throughout the United States under the KeyBanc Capital Markets trade name.