Oz Griebel made an indelible impact on the Hartford community and helped guide and shape the MetroHartford Alliance. His legacy will live on as our community continues to collaborate to push Hartford forward. 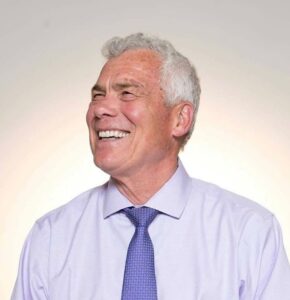 Oz Griebel spent decades as one of Connecticut’s most passionate boosters and staunch defenders, and though he would never be elected to the state’s highest office, friends and former colleagues say he left an indelible mark on his longtime home.

The two-time candidate for governor and former MetroHartford Alliance CEO died Wednesday, more than a week after he was struck by a vehicle while jogging in Pennsylvania. He was 71.

“Oz Griebel passed away on July 29 as a result of complications related to the pedestrian/motor vehicle accident he was involved in while jogging on July 21,” his family announced in a statement Wednesday evening. “The Griebel family is very appreciative of the outpouring of support they’ve received since the accident and will share information about services once arrangements have been made. They continue to ask for privacy at this time.”

Gov. Ned Lamont, whom Griebel ran against as an Independent in 2018, said late Wednesday that Griebel’s heart was always with Connecticut.

“He loved this state and the people who live in it, and he enthusiastically believed that its best days are ahead,” Lamont said in a written statement. “I loved listening to his spirited energy whenever he spoke about the opportunity to make Connecticut and the Hartford region an even better place to live and work.

“We can all take a page from his commitment to work across the aisle and remove politics from policy,” Lamont continued. “He will be missed, and I extend my deepest sympathy to his family. There is no place like Oz, and there was no one like Oz.”

A longtime and outspoken fixture in Connecticut, Griebel twice ran for governor and started a new push for election reforms over the past year. 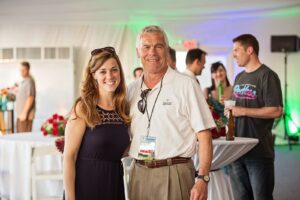 For 16 years he led the MetroHartford Alliance, the region’s chamber of commerce, and went to war with the perception that Connecticut is anti-business. He built career development programs for young professionals, advocated for small business owners and constantly sought opportunities to bring investment to the capital region, even as major companies chose to leave.

He stepped down from the alliance to run for governor in 2010, aiming to become the self-described “chief economic development officer” for the state, but he lost in the Republican primary to Greenwich businessman Tom Foley.

Griebel ran again in 2018 as an Independent and placed third in the voting behind Lamont, a Democrat, and Republican Bob Stefanowski. That year he ran on an ambitious economic and jobs program designed to be a panacea to the state’s financial woes based largely on his prior experience with economic development, but he ultimately could not draw a competitive percentage of the vote without a major-party endorsement.

Despite that loss, he made an important mark on a pivotal election, Connecticut Democratic chairwoman Nancy DiNardo said.

“Oz Griebel was the consummate public servant,” DiNardo said. “As a business leader and as a candidate for Governor, he raised critical issues and the caliber of the debate. His passing is a huge loss for all of Connecticut.”

“Oz Griebel was a relentless advocate and champion for Hartford and Connecticut,” Bronin said. “Whether you agreed or disagreed with him on the issues, you couldn’t help but be energized by him and by the work he did.”

Over the past year Griebel led the SAM-CT Task Force, an offshoot of the Serve America Movement political party formed in New York, that is dedicated to a series of election reforms like open primaries and term limits.

He advocated this spring for expanding mail-in voting during the COVID-19 pandemic and this week lawmakers overwhelmingly approved a measure to allow anyone who fears contracting the virus to vote by mail in the November general election.
SAM leaders called Griebel the “epitome of a leader” and that he leaves an important legacy behind for others to follow.

“Oz was and always will be the vision of courage, a man of passion and integrity, and the epitome of a leader,” the group said in a statement. “He represented the best and the brightest. Oz’ legacy will endure in all of us as we carry forward his mission to improve our democracy and the lives of all people.”

“He was a great man, a leader and a champion for our state,” Senate Republican leader Len Fasano said. “He worked hard to be part of every conversation about improving and strengthening Connecticut and making our home a better place to live for all people. He was always a gentleman, in everything he did. He truly cared about Connecticut and its people.”

Griebel went on to play baseball at Dartmouth College and pitched on the 1970 team that played in the College World Series, the only team from the school to reach the tournament over the past 50 years. During his latest run for governor, Griebel recalled entering an elimination game as a relief pitcher to face young slugger Dave Kingman, who went on to hit 442 home runs in a 16-year major league career.

Griebel went on to earn a law degree from Suffolk University before becoming a teacher and working throughout the Northeast before coming to Hartford from Boston in 1993 when he became chief executive of Bank of Boston Connecticut. Once in Connecticut, he became a major player again — this time for his straight talk instead of his curveball.

He played an important role in securing the 1996 presidential debate to The Bushnell in Hartford with President Bill Clinton and Republican challenger Bob Dole. He became ingrained in economic development for the capital region when became head of the MetroHartford Alliance and served on the board of the influential Connecticut Business and Industry Association.

“Oz Griebel always had his eye on the horizon, on a vision that the whole of Connecticut, our people and our politics could be so much greater than the sum of our parts,” said former state Rep. Brian Flaherty, who later worked for the CBIA. “He challenged us, cheered us on and left us better than he found us. I find it very hard to think or speak about him in the past tense.”