My Favorites
/ The Jackson Laboratory Appoints Dr. Lon Cardon as President and CEO

The Jackson Laboratory, an independent, nonprofit biomedical research institution, today announced the appointment of Lon Cardon, Ph.D., FMedSci, a pioneer in human genetics and drug discovery, as its next president and chief executive officer. Effective on November 29, Cardon will succeed current President and CEO Edison Liu M.D. who will step down after a decade of leadership. Liu will continue to serve as a JAX professor studying the functional genomics of cancer with a focus on breast cancer. 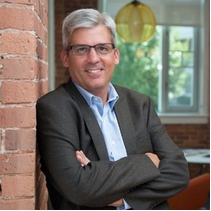 “After ten years of steering JAX through impressive expansion, dramatic change and remarkable achievements, Ed has made an indelible impact at JAX as a leader, researcher, and oncologist in our local communities and within the global biomedical research field,” said David Roux, chairman of The Jackson Laboratory Board of Trustees. “We are now thrilled to appoint Lon as the next president and CEO of JAX. Under his leadership, Lon will guide the Laboratory as it propels into its next intense period of growth.”

Timothy Dattels, vice chairman of The Jackson Laboratory Board of Trustees and chair of the Presidential Search Committee added, “As both an accomplished academic researcher as well as a demonstrated successful leader in both pharma and biotech, Lon is extremely well-suited to shape the vision, impact and strategic direction of The Jackson Laboratory over the next decade.”

In his new role, Cardon will develop and drive a clear, integrated strategy for the Laboratory’s continued long-term success, leveraging the unique and powerful interplay of JAX’s deep expertise in mammalian genetics and human genomics combined with the latest advances in digital technologies such as artificial intelligence, machine learning and new computation platforms as well as its research, educational and business strengths.

“For many years there has been immense promise to translate human genetics and genomics discoveries into new diagnostics, prognostics and treatments for both common and rare diseases,” said Cardon. “Many of the foundational pieces are finally coming into place. The next step is to put them together to begin to realize this promise.”

“The Jackson Laboratory has a unique combination of critical components to finally approach the long- awaited potential of genetics for translation, coupling deep understanding of mouse models of human disease with extensive genetic and genomics expertise, large-scale research capacity, and computational and data analytics to bring it all together. I am excited to lead the organization to help shape a new era for human health — where understanding all of our unique genomes will help to predict, treat and modify the course of disease.”

Cardon joined BioMarin in September 2017 as chief scientific officer and senior vice president and was promoted in 2019 to chief scientific strategy officer to enrich BioMarin’s pipeline. Before joining BioMarin, he was a senior vice president at GlaxoSmithKline, leading departments and divisions spanning genetics, molecular biology, computational biology, statistics and epidemiology, and ultimately leading an early-to- late pipeline division called Alternative Discovery and Development. Prior to Cardon’s 14-year tenure in industry, he spent the first half of his career as a senior academic in the United Kingdom and United States, initially as professor of Bioinformatics at the University of Oxford and then as professor of Biostatistics at the University of Washington and co-chair of the Herbold Bioinformatics Program at the Fred Hutchinson Cancer Research Center.

Cardon received his Ph.D. from the University of Colorado and conducted his postdoctoral research in the Department of Mathematics at Stanford University. He has been awarded a Wellcome Trust Principal Fellowship and is an elected Fellow of the U.K.’s Academy of Medical Sciences and the American Association for the Advancement of Science.

Cardon has authored more than 225 scientific publications and 15 books and chapters, mainly focused on genetics methodology, applications and discoveries for rare and common diseases, ranging from Huntington’s disease to dyslexia. He is an elected Fellow of the UK’s Academy of Medical Sciences and the American Association for the Advancement of Science.

About The Jackson Laboratory

The Jackson Laboratory is an independent, nonprofit biomedical research institution with more than 2,400 employees. Headquartered in Bar Harbor, Maine, it has a National Cancer Institute-designated Cancer Center, a genomic medicine institute in Farmington, Conn., and facilities in Ellsworth and Augusta, Maine, in Sacramento, Calif., and Shanghai, China and a joint venture in Beijing. Its mission is to discover precise genomic solutions for disease and empower the global biomedical community in the shared quest to improve human health.