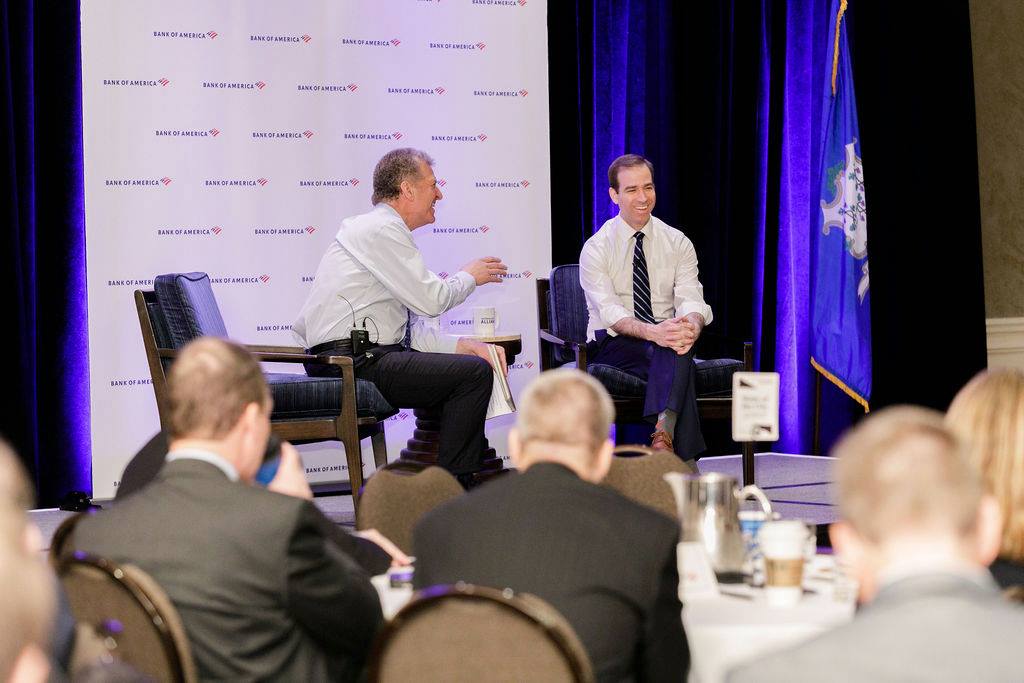 More than 300 attendees joined Hartford Mayor Luke Bronin for a candid conversation about the State of the City on Tuesday morning, March 10.

Hosted by the MetroHartford Alliance and sponsored by Bank of America, the annual event enabled investors and attendees to enjoy networking and a fireside chat with one of our city’s most revered and hardworking leaders.

The conversation with Mayor Bronin covered big-issue topics including public safety, affordable housing, workforce development, gentrification, and fiscal responsibility—an area where, Bronin acknowledged, there is still a lot of opportunity. However, he pointed out, “We have made progress on building recognition and awareness—there is more work to do.”

With regard to the progress Hartford has made in the past year, Bronin highlighted economic development around the city from the reopening of Dillon Stadium, progress made at Hartford’s Weaver High School, and the opening of the Stanley Black & Decker Manufactory 4.0 innovation hub and the Digital Health CT accelerator noting, “It’s extraordinary how much has happened in the last 12 months.”

The mayor also acknowledged growth in many of the city’s neighborhoods, specifically in Parkville, which he noted is a “hub of creative entrepreneurs” with places including The Dirt Salon, reSET, Hog River Brewing, Pine & Iron Axe Throwing and the upcoming of Parkville Market, which is slated to open later this year. “It’s an opportunity to transform a neighborhood that’s feeding on organic growth that’s already happening there,” he said. 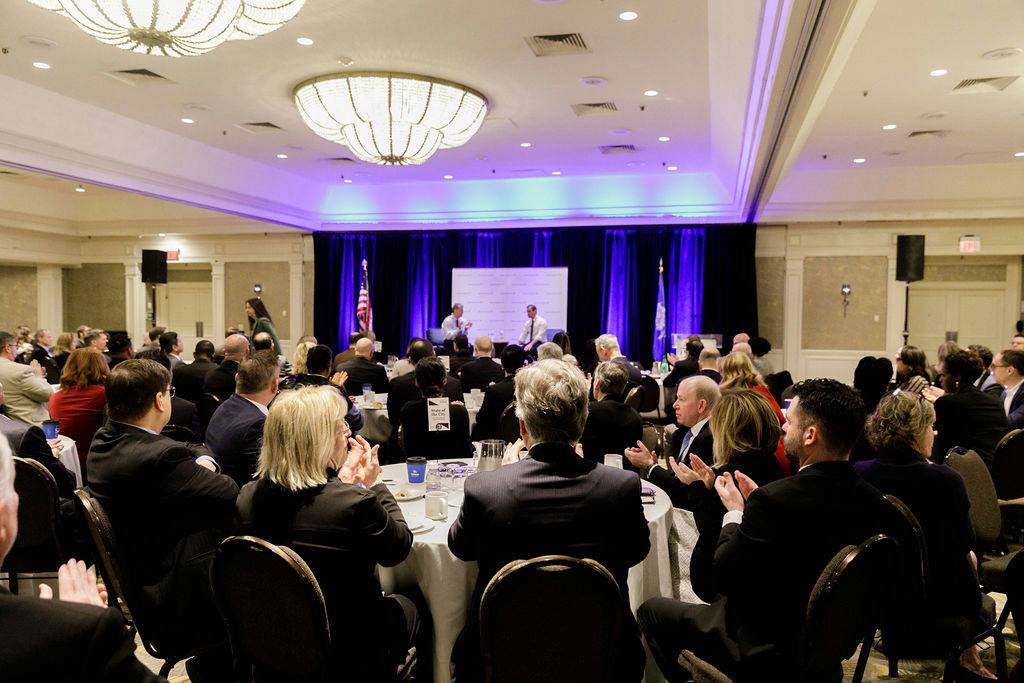 The mayor encouraged everyone to create and engage in more activity, which naturally strengthens those relationships. “The magic of the Hartford Yard Goats and Hartford Athletic is that thousands of families have rediscovered downtown Hartford” he said. He also noted our prominent museums and theaters, adding, “Arts and culture is one of our greatest strengths.”

The mayor spoke about opportunities for Hartford residents to be successful, citing the apprenticeship program collaboration with The Hartford and Capital Community College as a great example. “The city’s success creates success around the region,” said Bronin.

“Our goal is to attract investment and make sure everyone in the city has a share in that,” he emphasized. “We want Hartford residents to benefit from growth and workforce development opportunities.”

Bronin also discussed “dramatic change” in the way our largest companies think about and partner with our city. He attributed a many of these changes to innovation taking place throughout the city, from startup growth to Hartford-based InsurTech and Digital Health accelerators.

“Companies have actively partnered to recruit businesses here. Larger companies are engaging and reengaging in new ways—and others are hearing about what’s happening here and starting to pay attention,” said Bronin. “They’re also paying attention to our community,” he noted. “They see that here in Hartford you have access and relationships you don’t have in larger cities.”

The Mayor encouraged attendees visit and take part in the Hartford City Plan, which is focused on Hartford’s upcoming 400th anniversary in 2035. The plan focuses on sustainability, economic growth, community, transportation, and culture and includes some “high-level recommendations that could be transformative for the city,” he underscored.

Bronin also asked attendees to think about, “Where do we want to be as a region when Hartford turns 400?” And, he encouraged everyone to use this as an opportunity to ask questions of their organization’s contribution to change. “We can set big goals and go after them,” he said.

The MetroHartford Alliance hosts events throughout the year to provide opportunities for networking, learning, and community engagement. Visit our events calendar to find out more.

Interested in Becoming a MetroHartford Alliance Investor?
Find out about investor levels and benefits