The Mission of the Connecticut Women‘s Hall of Fame (CTWHF):

To honor publicly the achievements of Connecticut women, preserve their stories, educate the public, and inspire the continued achievements of women and girls. CTWHF’s primary goal is to provide role models to women of all ages, encouraging them to recognize their potential and live their dreams. Founded in 1994 in Hartford, Connecticut, the Hall fills the void that traditional curricula still fail to address and today stands as the state’s premier source for Connecticut women’s history with 125 Inductees. These women’s lives and accomplishments are celebrated and documented through a wide spectrum of innovative statewide programs, which we offer to Connecticut citizens.

The CTWHF has many resources available to learn and teach the next generation about women’s history and accomplishments. Educational programs, exhibits and talks, webinars, and a community calendar with events throughout the state. You can sign up for the CT Women’s Hall of Fame newsletter, and follow them on Facebook, Instagram, Twitter, and YouTube.

The Induction Ceremony for Social Justice Leadership will be held in 2021. Teresa C. Younger, President & CEO, Ms. Foundation for Women and Kica Matos, Director Center on Immigration and Justice at the Versa Institute of Justice will be honored. 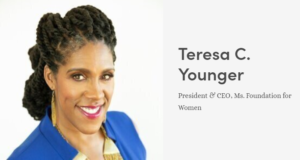 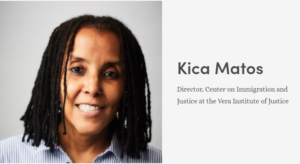 The virtual ceremony inducting historical figures will be held in October to celebrate 100 years of women’s right to vote.

This year, CTWHF is inducting eight women who were critical to Connecticut’s Women’s Suffrage Movement.

6:30 p.m. for a pre-Ceremony “Conversations & Cocktails” featuring six virtual chatrooms all centered on issues that matter:

7:00 p.m.,  27th Induction Ceremony, which will share the powerful stories of eight of Connecticut’s early Suffragists and hear from Connecticut women on the power and importance of the vote.

Raffle: One winner will receive a Centennial Anniversary Gift Package, carefully curated to celebrate 100 years of women’s right to vote.