The Connecticut Green Bank, established by the Connecticut General Assembly in 2011 as the nation’s first green bank, recently relocated its headquarters from Rocky Hill to the Atlantic Screw Works building in Hartford. Built in 1903, the site is also home to the CT Nonprofit Center and the Capewell Lofts Apartments. In addition to providing an opportunity to work with the Hartford community, the new space allows the Green Bank to operate in a building that represents its values and mission. 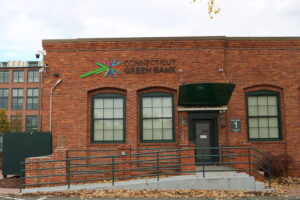 Several rooms in the new headquarters commemorate Connecticut’s clean energy pioneers. For example, one meeting room is named after Albert Augustus Pope, the Hartford-based manufacturer of electric vehicles in the late nineteenth century. Another room honors Bernard Baker, a Connecticut-based electrochemical engineer whose research provided the foundations for the development of fuel cells. 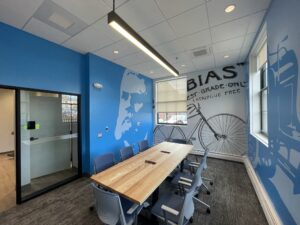 Additionally, the Green Bank is co-administrator of Connecticut’s battery storage program launched by the state’s Public Utilities Regulatory Authority (PURA). The nine-year program will help residential, commercial, and industrial customers of Eversource and United Illuminating install energy storage systems at their homes or businesses by providing upfront and performance-based incentives.

You can learn more about the Connecticut Green Bank and its innovative green financing initiatives and clean energy programs by visiting www.ctgreenbank.com.