Join us for the Jackson Laboratory’s annual Forum for Discovery where we celebrate you, our great supporters, and provide updates on cutting-edge research. JAX leadership and faculty will discuss how evolving science and technology, as well as learnings from the past year, are preparing us for a healthier future.

With your support and our expertise, we can change the future of human health – together.

State of the Laboratory
Edison Liu, M.D., President and CEO 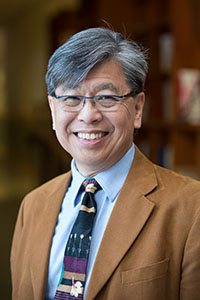 Edison Liu, M.D., is the president and CEO of The Jackson Laboratory, an independent research institute focused on complex genetics and functional genomics with campuses in Maine, Connecticut, and California. He is also the Director of the NCI designated JAX Cancer Center. Previously, he was the founding executive director of the Genome Institute of Singapore and the president of the Human Genome Organization (HUGO). He was also the scientific director of the National Cancer Institute’s Division of Clinical Sciences in Bethesda, Md., where he was in charge of the intramural clinical translational science programs. In his earlier career, Dr. Liu was a faculty member at the University of North Carolina at Chapel Hill, where he was the director of the UNC Lineberger Comprehensive Cancer Center’s Specialized Program of Research Excellence in Breast Cancer; the director of the Laboratory of Molecular Epidemiology at UNC’s School of Public Health; and the Chief of Medical Genetics. Dr. Liu is an international expert in cancer biology, systems genomics, human genetics, molecular epidemiology and translational medicine. Dr. Liu’s own scientific research has focused on the functional genomics of human cancers, particularly breast cancer, uncovering new oncogenes, and deciphering on a genomic scale the dynamics of gene regulation that modulate cancer biology. He has authored over 320 scientific papers and reviews and co-authored two books. He obtained his B.S. in chemistry and psychology, as well as his M.D., at Stanford University.  He then received his residency and fellowship training at Washington University, St, Louis, and Stanford, and post-doctoral training in molecular oncology at the University of California at San Francisco. 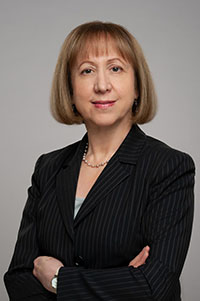 S. Catherine “Katy” Longley has been the executive vice president and chief operating officer of The Jackson Laboratory since July 2018. She joined JAX in August 2016 as the vice president and chief financial officer after a distinguished career in finance, government, and law. In her current role, Katy provides strategic leadership, direction, and management for all operating activities of the Laboratory. She oversees External and Government Affairs, Facilities, Finance, Human Resources, IT, Legal, Security, Strategic Communications, and Translational and Business Alliances and serves as the institutional official for animal welfare and chairs JAX’s 403(b) Retirement Plan Committee.

Prior to JAX, Longley served as the chief financial and business officer at Bowdoin College in Brunswick, Maine. Ms. Longley practiced law with Verrill in Portland, Maine, including as a partner where she practiced in the areas of corporate, finance and nonprofit law. She served as commissioner in the cabinet of former Maine Governor Angus King, where she had oversight for state professional licensing and financial regulations, including banking, securities and insurance. Katy currently serves as a director and chair of the audit committee of Camden National Corporation, Camden, Maine (CAC, NASDAQ) and a director of the Daniel Hanley Center for Health Leadership. She is a graduate of the Maine Development Foundation’s Leadership Maine Epsilon Class and the Maine Community Foundation’s Leadership Learning Exchange for Equity. Katy holds a B.A. degree from Bowdoin College and a J.D. cum laude from Suffolk University Law School. 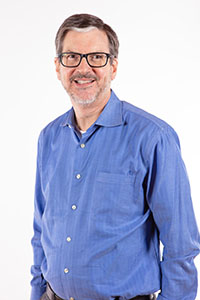 Dr. Mark Adams is Deputy Director and Professor at The Jackson Laboratory for Genomic Medicine in Farmington, CT.

Dr. Adams was a co-founder of The Institute for Genomic Research and Celera Genomics, where he led the DNA sequencing and genome annotation groups. From 2003-2011, Dr. Adams was Associate Professor of Genetics at Case Western Reserve University. From 2011-2016, he was the Scientific Director and Professor at the J. Craig Venter Institute. There he directed programs that characterized genomic changes in the evolution of antibiotic resistance in hospital-acquired infections.

At JAX, he leads the research component of the CLIA diagnostic testing laboratory in developing new gene-based tests to improve personalized medicine. His research lab also develops new approaches to microbial profiling in human studies and mouse models for demonstrating the roles of microbes in health and disease states. 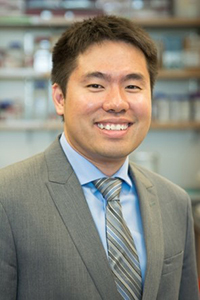 Dr. Albert Cheng obtained his BSc in Biochemistry and MPhil in Biology from Hong Kong University of Science and Technology, and his PhD in Computational & Systems Biology from MIT, and is currently an assistant professor at The Jackson Laboratory for Genomic Medicine (JAX-GM) and University of Connecticut Health Center. Cheng laboratory develops and applies technology based on engineered DNA and RNA binding proteins to edit and sense genome, epigenome and transcriptome for studying gene regulation and developing novel therapeutics. In addition to bioengineering, Cheng has broad expertise in bioinformatics, next-generation sequencing and single-cell technologies, and has studied gene regulatory mechanisms underlying somatic cell reprogramming, differentiation, erythropoiesis and cancer metastasis. 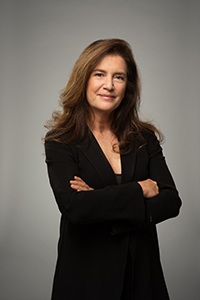 Nadia Rosenthal is Scientific Director of The Jackson Laboratory in Bar Harbor, Maine. She obtained her PhD from Harvard Medical School, where she later directed a biomedical research laboratory, then headed the European Molecular Biology Laboratory (EMBL) campus in Rome. She founded EMBL Australia as its Scientific Head, and was Founding Director of the Australian Regenerative Medicine Institute in Melbourne. She is an EMBO member, a Fellow of the UK Academy of Medical Sciences and of the Australian Academy of Health and Medical Science. She also holds a Chair in Cardiovascular Science at Imperial College London.

Rosenthal’s research team focuses on the role of growth factors, stromal cells and the immune system in the resolution of tissue injury for applications in regenerative medicine. They have recently shown how modifying the profile of immune cell infiltration can facilitate or prevent tissue repair and have demonstrated the power of harnessing mouse genetic diversity to identify new genetic pathways in the varied response to cardiovascular disease. Over the past year, they have turne

The Hartford Chamber of Commerce is hosting a Hart Lift reception on August 18 at Black-Eyed Sally's. Hart Lift participants can meet one another and talk with vetted service providers. Food and drinks provided to registered guests.

A collaboration between @prattandwhitney and @UConn is encouraging diversity in the engineering field. The Pratt & Whitney Scholar's Program has launched its inaugural cohort, pledging $1.25 million to support underrepresented students.

James Goldkamp and Yana Reiser of @FMLCPAs have been promoted from CPA to Director of Tax Services and Director of Assurance and Advisory Services, respectively.

The inaugural Hartford Live was a success! We were graciously given the opportunity to watch the festivities unfold from the @ShipmanGoodwin patio.