NEW HAVEN, Conn., July 6, 2022 – KeyBank (NYSE:KEY) announced today that Commercial Sales Leader Matthew Hummel has been appointed Market President for its Connecticut and Massachusetts market. In addition to continuing to lead Key’s Commercial Banking team of lenders in Connecticut and Western Massachusetts, Hummel will now take on the responsibility of overseeing and coordinating KeyBank’s go-to market strategy across its various lines of business and serve as the face and voice of Key in the community.  He continues to report to James Barger, who has assumed a new role as Commercial Banking Executive – New England, leading Key’s commercial banking activities throughout Connecticut, Massachusetts, Rhode Island, Maine, New Hampshire, and Vermont. Barger will relocate from Connecticut to Boston to continue to focus on Key’s commercial banking expansion in the greater Boston area and to be more centrally located among the New England markets that now report to him.

“Matt is exceptionally customer- and community-focused, with proven leadership qualities, in-depth market knowledge, and a collaborative approach to enterprise banking,” said Barger.  “He has earned himself a reputation of being one of the highest performing bankers in the region and I am confident he will represent KeyBank extremely well as Market President.” 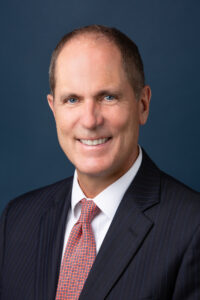 Hummel joined KeyBank in 2020 and has more than 30 years of commercial banking experience, primarily with Bank of America’s Global Commercial Banking group.  He obtained a bachelor’s degree from Colby College and holds an MBA from Rensselaer Polytechnic Institute in Hartford.  He has strong ties to the local communities in this market and has volunteered at a number of nonprofits organizations, including Smilow Cancer Center’s Closer to Free bike tour, Literacy Volunteers of America, and Habitat for Humanity.  He has served as a Glastonbury Basketball Association Board Member and Boys Travel Basketball Commissioner.  Hummel and his family reside in Glastonbury, and he maintains offices in Key’s locations at 225 Asylum Street in Hartford and 195 Church Street in New Haven.  He can be reached at (860) 293-4138 and Matthew_E_Hummel@KeyBank.com.

KeyCorp’s roots trace back nearly 200 years to Albany, New York. Headquartered in Cleveland, Ohio, Key is one of the nation’s largest bank-based financial services companies, with assets of approximately $181.2 billion as of March 31, 2022. Key provides deposit, lending, cash management, and investment services to individuals and businesses in 15 states under the name KeyBank National Association through a network of approximately 1,000 branches and approximately 1,300 ATMs. Key also provides a broad range of sophisticated corporate and investment banking products, such as merger and acquisition advice, public and private debt and equity, syndications and derivatives to middle market companies in selected industries throughout the United States under the KeyBank Capital Markets trade name. For more information, visit https://www.key.com/. KeyBank is Member FDIC.