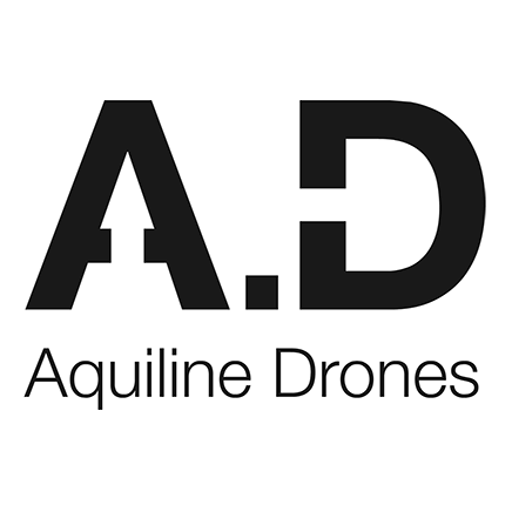 (Hartford, Conn) – June 28, 2022 – Three years ago when Barry Alexander first brainstormed the idea of creating an Uber-like app for everyday civilians and businesses alike to order drone services, the global economy was running smoothly. The stock markets were booming, domestic unemployment was virtually non-existent, and the US drone industry was growing at a rapid rate. Fast forward to 2022 and the picture looks much different. America is still managing the damaging delays brought on by the COVID-19 pandemic that has taken its toll on all industries, including the commercial drone sector. But signs of positive changes abound.

Today, the Connecticut-based drone services provider, Aquiline Drones Corporation (AD), announced that it has finally launched an introductory version of the original app that aims to disrupt and revolutionize the way business owners and consumers access and utilize drone services. Akin to Uber and Lyft, the Aquiline Drone-on-Demand (ADoD) app is now available for downloads on all mobile devices, including smartphones and tablets through Google Play Store and Apple IOS.

Here’s how it works:

They are prompted to set-up a user profile.

A list of available drone services for both consumer and business use is displayed.

Users can order their specific drone service for personal or commercial use.

The job request is vetted for legality and practicality, then matched with a certified and trained drone service provider (DSP), the majority of whom are graduates of Aquiline’s Flight-to-the-Future drone pilot training academy. These DSPs live in the vicinity of the customer’s location and are able to perform the service. With this beta launch, customers can get their requests completed within 30 days. Over time, the period from job request to execution will be significantly shortened to become true ‘on-demand.’

“When our drone-on-demand app was first conceptualized, it was with the understanding that the UAV [unmanned aerial vehicles] regulatory environment would allow for scalability and mass adoption of drone delivery services,” said Alexander. “Unfortunately, the drone industry was hard hit by the pandemic, which caused production delays, personnel layoffs and supply chain issues. As career aviators, we are used to operating in turbulent climates – even economic ones- and thus decided to pivot our drone-on-demand app accordingly.”

Specifically, Alexander notes that a major task originally planned for the ADoD app was drone delivery services for light packages, medicines and prescriptions, even human organs and tissues. However, the airspace, as regulated by the Federal Aviation Administration (FAA), has not yet approved this activity through the creation of the necessary flyways and channels required to fulfill it. “As we have seen from the recent closing of both the Verizon Skyward and Amazon Prime Air drone delivery business lines, no one can predict how long this approval process will take,” adds Alexander.

Besides the pandemic, Alexander points out that there are still many public misconceptions about drones regarding privacy, thus creating further delays in broader acceptance of the technology. Commercial drones that are supported by an artificial intelligence (AI) platform can perform a wide array of activities in ways that are safer, more efficient and more cost effective. AD has already built a platform for such applications.

Alexander highlights that the new ADoD app takes a “crawl-walk-run approach”, and readily offers many semi-autonomous operations that don’t involve surveillance or raise privacy concerns from consumers. For example, some of the available services on the ADoD app for businesses and consumers, include:

Agriculture services, such as seeding, spraying and hydrating crops and other precision farming activities.

Fumigation of mosquitoes, bugs and other pests around homes and buildings.

“This is truly the tip of the iceberg as more B2B, B2C and even Business to Industry (B2I) activities are realized,” said Alexander. “In fact, we plan on using the app to learn what the demand is for certain drone activities and where those requests are originating so that we can identify and mobilize our tech and personnel resources i.e., specialized drone services providers, to complete the particular missions.”

As such, Alexander notes that one of the main functions of the ADoD app is to aggregate job requests, which then stimulates the drone employment market where people can get into drone services as a career. “Essentially, we are creating both a demand for emerging drone services, as well as a supply of drone operators to fulfill them, thus fostering a powerful workforce development cycle,” adds Alexander.

In fact, AD’s proprietary Flight to the Future program (F2F) was launched during the pandemic as an employment opportunity for those interested in becoming certified drone pilots and individual business owners. Within six months, students of the online, interactive program learn how to utilize drone and cloud technology safely and effectively – embedded with Artificial Intelligence (AI) in daily missions. Besides earning their FAA Part 107 commercial drone pilot certification, F2F program participants are immersed in cloud computing, AI, the Internet of Things (IoT) and other technologies transforming the unmanned aerial vehicle (UAV) industry. Instructor guided one-on-one flight training and industry specialization culminates the course.

Alexander notes that the current pool of approximately 1,500 F2F students can make an easy transition to become DSPs for tasks ordered by customers of the ADoD app. For more information on the F2F program visit: www.flighttothefuture.com. If you are a current drone pilot seeking to become part of the ADoD provider network, simply email us at dronejobs@aquilinedrones.com.

Besides offering a streamlined drone services ordering system and a comprehensive drone pilot training course, AD also provides drone insurance for all missions. “At their basic core, drones are miniature flying aircraft and thus, safety is always our #1 concern,” adds Alexander. “One bad move and an amateur pilot could be looking at hundreds or thousands of dollars in damage, or a full drone replacement.”

Additionally, AD supplies three of its own, advanced drone models – the Spartacus Hercules, Spartacus MAX and Spartacus Hurricane for operators and business owners looking to build up their inventory of equipment and assets. The company offers aggressive and flexible financing with the best terms in the industry, as well as maintenance, repair and overhaul (MRO) services for continued upkeep and safety protocols.”

“The ADoD app is really the entry point into our company’s entire ecosystem of drone products, offerings and services,” adds Alexander. “We envision a world in which full value of commercial drone applications can be ushered into society to help save lives, increase efficiencies, reduce costs, and drive sustainability. We believe in accomplishing these ends in a manner that is ethical and responsible. AD is excited to help make that vision a reality across our nation.”

Future versions of the ADoD app will be released in line with the overall UAV industry especially as autonomous drone use develops. Plans include voice-activated commands, live interfaces between the user and the drone during flight, and artificial intelligence (AI)-assisted object recognition. Download the ADoD app today.

Aquiline Drones’ new Drone on Demand (ADoD) platform promises to revolutionize the drone services industry for both consumers and businesses by putting the power of drone technology at its fingertips. The ADoD app is now downloadable on all mobile devices, including smartphones and tablets through Google Play Store and Apple IOS.

The Urban League of Greater Hartford will host its Equal Opportunity Day Dinner & Gala on Thursday, December 8 at 6:00 p.m. at the Marriott Hartford. The organization’s signature fundraising event will honor six community leaders.

This week, we're getting the pulse about how @unitedwayinc is sparking innovative thinking for young professionals through the Emerging Leaders Case Competition. Joined by Point32Health and @HtfdSteamBoiler. Sponsored by @oakhillct.