As people turn to the great outdoors to get some fresh air and escape the four walls of remote working and school, Connecticut’s trails are more popular than ever. If you’re looking for a truly historic landmark, look no further than Simsbury, Connecticut, home of the Pinchot Sycamore. Officially the largest tree in Connecticut, with a circumference of 28 feet around and 95 feet high, last measured in 2016.

You’ll find it located below the Route 185 Bridge and along the Farmington River, in Pinchot Sycamore Tree Park which is dedicated to its preservation. The park is also a great spot to launch canoes or to picnic.

In an article in the Hartford Courant, from 2000,  Steve Grant explains that it is at least 200 years old, and possibly as old as 300.  The Outdoor Project has profiled the Pinchot Sycamore with a series of beautiful photographs, taken at the peak of summer. 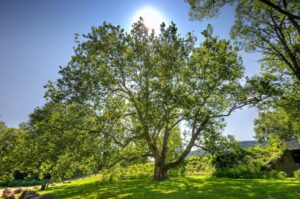 The magazine CTExplored profiled Simsbury-born Gifford Pinchot who was a conservationist in the early 20th century and the co-founder of Yale’s School of Forestry and the first director of the United States’ Forest Service.  Also profiled by a local blogger at their website CTMQ.org who describes it as not just the biggest tree in Connecticut, but the largest sycamore in New England, and one of the biggest sycamore in the country.

Massachusetts paddler has documented how to approach the tree by kayak, as it sits nestled next to the Farmington River. 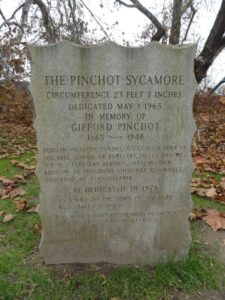 Each season gives a different perspective of this majestic tree. 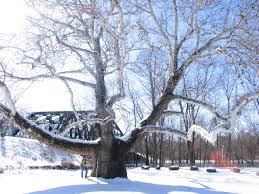 "An important first piece is to make sure your organization is equipped to handle conflict," said #AndréaHawkins #LeadingCultureSolutions #pulseoftheregionconnect #RacialDiversityandInclusion

"It's critical to be clear about what we need when we talk about diversity, equity, and inclusion," emphasized Joelle Murchison Principal + Founder at Exec Mommy Group EMG in her opening remarks at our #pulseoftheregionconnect event this morning.
@ExecMommyGroup