Women scientists are shaping scientific discovery at The Jackson Laboratory and beyond. All are welcome to join us for an exploration of the unique health issues that females face such as endometriosis, infertility and breast and ovarian cancers. This event is open to anyone interested in women’s health, the historic contributions of women in science and how JAX is shaping the next generation of leaders. We look forward to seeing you! 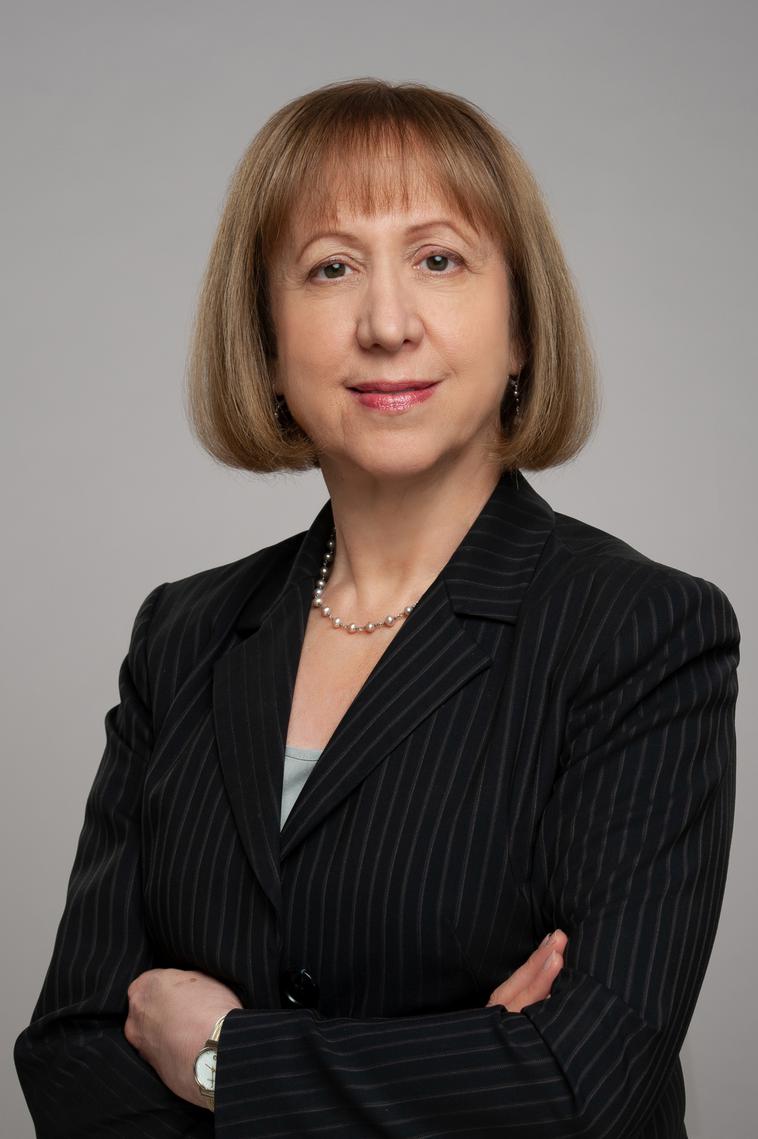 S. Catherine “Katy” Longley has been the executive vice president and chief operating officer of The Jackson Laboratory since July 2018. She joined JAX in August 2016 as the vice president and chief financial officer after a distinguished career in finance, government, and law.  In her current role, Katy provides strategic leadership, direction, and management for all operating activities of the Laboratory.  She oversees External and Government Affairs, Facilities, Finance, Human Resources, IT, Legal, Security, Strategic Communications, and Translational and Business Alliances and serves as the institutional official for animal welfare and chairs JAX’s 403(b) Retirement Plan Committee.

Prior to JAX, Longley served as the chief financial and business officer at Bowdoin College in Brunswick, Maine.  Ms. Longley practiced law with Verrill in Portland, Maine, including as a partner where she practiced in the areas of corporate, finance, and nonprofit law.  She served as commissioner in the cabinet of former Maine Governor Angus King, where she had oversight for state professional licensing and financial regulations, including banking, securities, and insurance. Katy currently serves as a director and chair of the audit committee of Camden National Corporation, Camden, Maine (CAC, NASDAQ).  She is a graduate of the Maine Development Foundation’s Leadership Maine Epsilon Class and the Maine Community Foundation’s Leadership Learning Exchange for Equity.  Katy holds a B.A. degree from Bowdoin College and a J.D. cum laude from Suffolk University Law School. 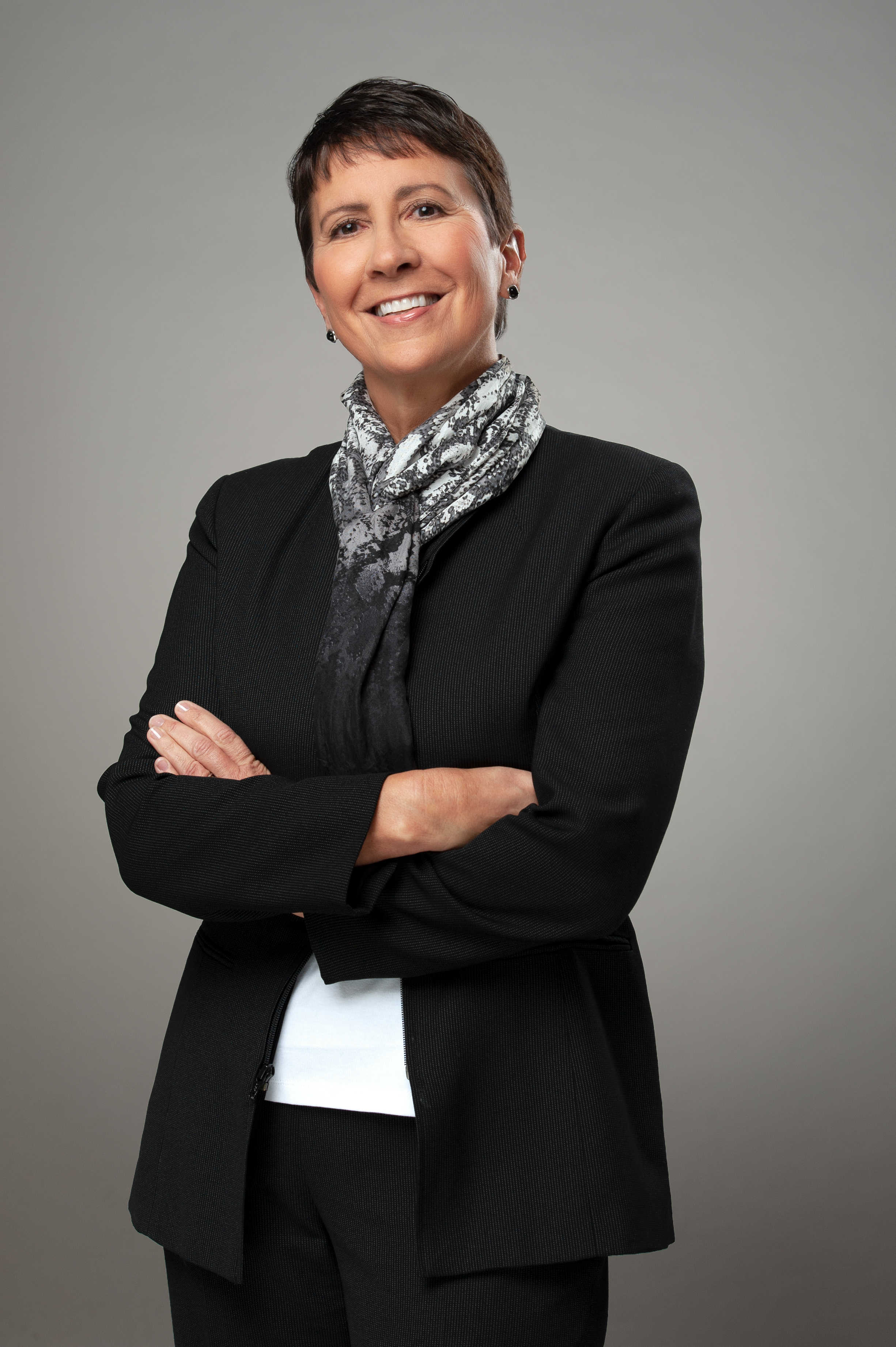 Ballesteros was promoted to vice president for External and Government Affairs in January 2018.  She joined The Jackson Laboratory in 2005 as a senior development officer, responsible for planning, organizing, and implementing individual and corporate philanthropy activities in Maine, Florida, and California.  In 2011, she was promoted to director of government affairs, where she helped grow the government relations program.  Prior to JAX, Ballesteros held an executive position at Bangor Hydro-Electric Company. An active participant in the state’s business community, Ballesteros serves as an appointed member of both the Maine Economic Growth Council and the Maine Workforce Investment Board. She is a graduate of the Maine Development Foundation’s Leadership Maine Xi Class and the Maine Community Foundation’s Leadership Learning Exchange for Equity, and a member of the Maine Innovation Economy Advisory Board and the Maine State Chamber of Commerce Board. She earned her bachelor’s degree in paralegal studies from Husson College, graduating summa cum laude, and was elected to Lambda Epsilon Chi. Ballesteros holds an associate’s degree in early childhood education from the University of Maine, Farmington. 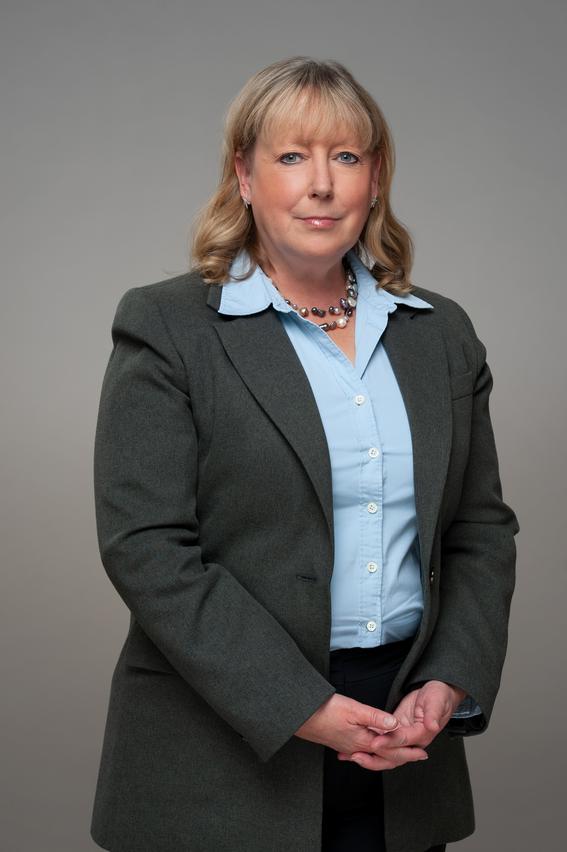 BJ Bormann joined The Jackson Laboratory, a nonprofit biomedical research institution, in 2017 with nearly 30 years of experience in both pharmaceutical and academic science, as well as leadership in biotech and pharmaceutical business development and licensing. BJ recently served as Senior Vice President responsible for Worldwide Alliances, Licensing and Business Development at Boehringer Ingelheim Pharmaceuticals, Inc., along with a number of positions at Pfizer, Inc. (NYSE: PFE), including Vice President of Pfizer Global Research and Development and the Global Head of Strategic Alliances. BJ has also served in the biotechnology area as CEO of Supportive Therapeutics, LLC, the CEO of Pivot Pharmaceuticals (OTC: PVOTF), and CEO of Harbour Antibodies based in the Netherlands. She currently serves on the board of directors of Bioline RX (BLRX: NASDAQ) and Xeris Pharmaceuticals (XERS:NASDAQ). BJ previously served on the Boards for CURE, CBIA, and BIO. BJ received her Ph.D. in biomedical science from the University of Connecticut Health Center and her B.Sc. from Fairfield University in biology. She completed her postdoctoral training at the Yale School of Medicine in the department of pathology. 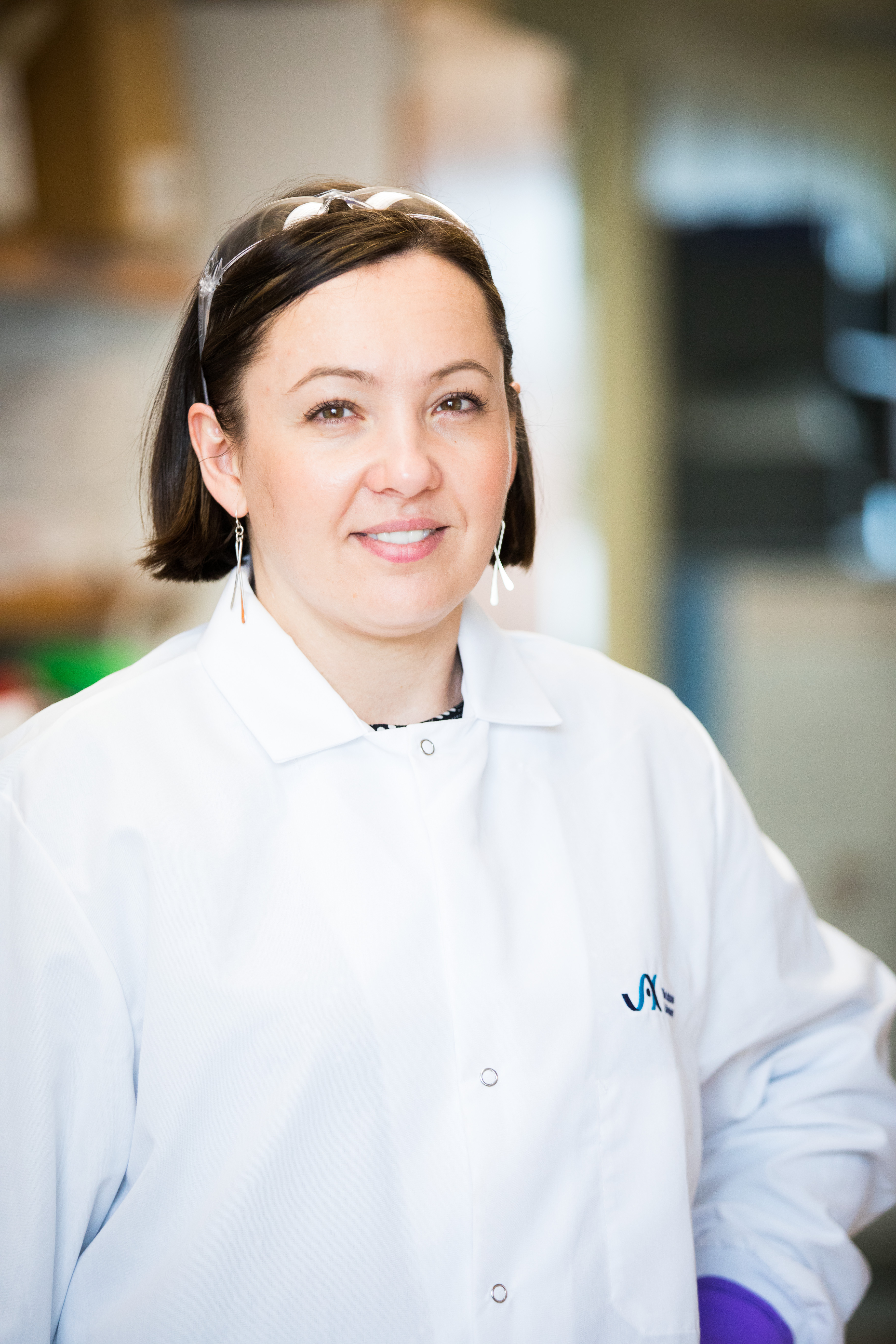 Dr. Bolcun-Filas is an Assistant Professor at The Jackson Laboratory in Bar Harbor, Maine. Her research investigates genetic causes of infertility and the development of new treatments for preserving healthy ovarian function and fertility in female cancer survivors. Born in Poland, she received her M.Sc. in biology from Jagiellonian University in Krakow, Poland. She earned her Ph.D. from Georg August University in Gottingen, Germany. To pursue her interests in reproductive biology she joined the MRC Human Genetics Unit in Edinburgh, Scotland, as a postdoctoral fellow. In 2008 she moved across the ocean to reunite with her family living in Connecticut and continued her research into genetic causes of infertility at Cornell University in Ithaca, NY. Her work there identified an essential signaling pathway responsible for the culling of immature eggs exposed to radiation, a common cancer therapy that can lead to premature ovarian failure and infertility in cancer survivors. She further showed that pharmacological inhibition of this signaling pathway preserved fertility in female mice treated with sterilizing doses of radiation. Her discovery promises a new approach for fertoprotective treatments for cancer patients. She joined The Jackson Laboratory in January 2015, where she continues her work as a member of NCI-designated Cancer Center. 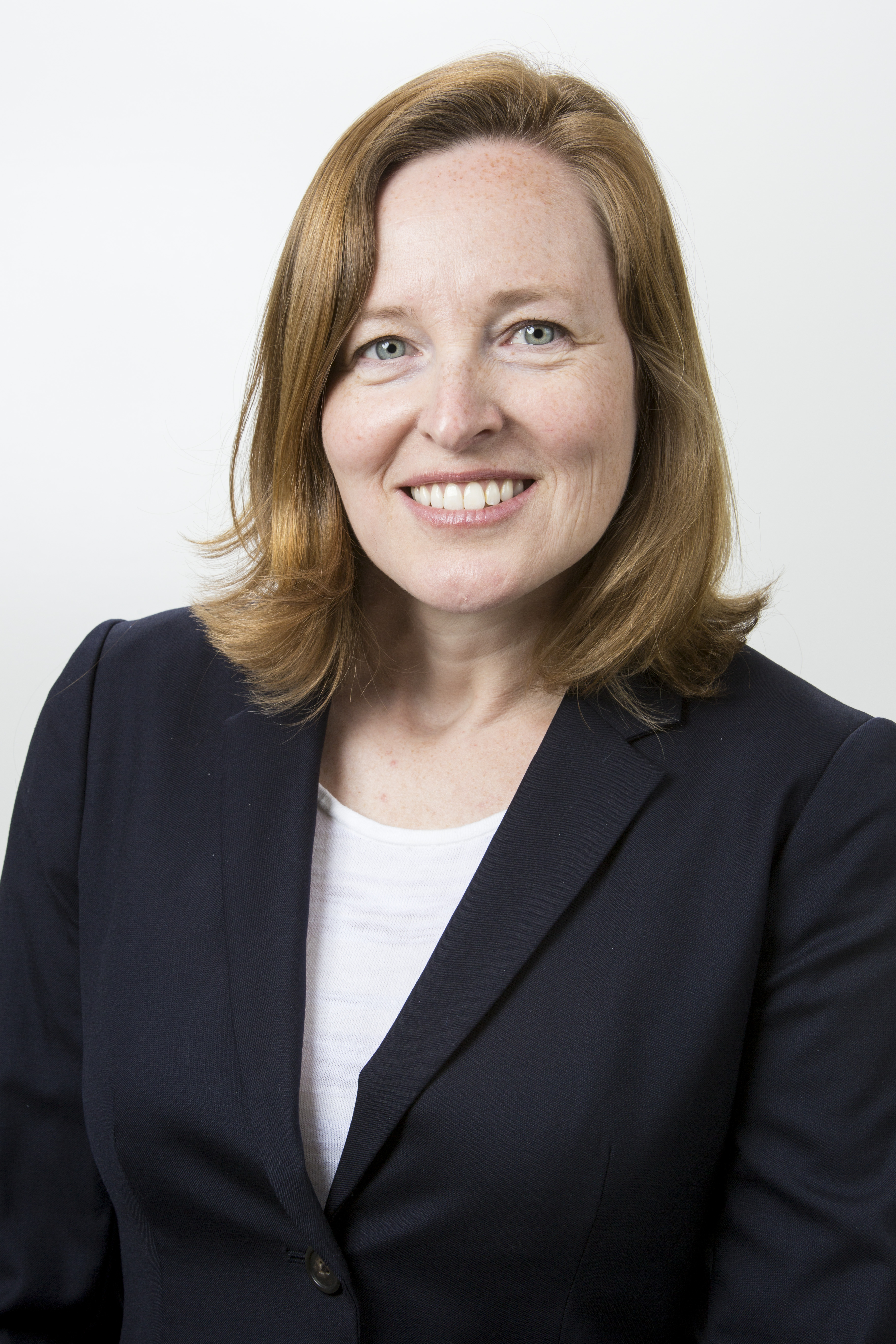 Madeleine Braun is the Chief, Presidential Initiatives leading The Jackson Laboratory’s strategic institutional scientific initiatives. She previously served as Chief Information Officer; as Senior Director, Genotyping and Reproductive Sciences; and as Business Unit Manager for JAX Breeding Services. Prior to joining the Laboratory in 2007, Braun held Scientist positions at Seattle Genetics and Corixa Corporation. Braun holds a B.A. in Biological Sciences from Cornell University, a Ph.D. in Genetics from the University of Washington, Seattle, and an MBA from the Yale School of Management. 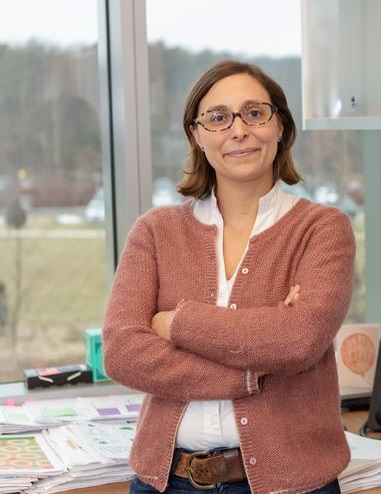 Courtois’s research career began in Spain where she chose to focus on human-based stem cell therapies for Parkinson’s disease during her Ph.D. Her stem cell training expanded as a postdoctoral fellow when she joined a team working at the intersection of tumor biology and mouse genetics, focusing on lung and colorectal cancers during her postdoc at the Institute for Molecular Biology of Singapore. As a Research Associate in the Robson lab at the Genome Institute of Singapore, she continued to study the biology of lung and colorectal tumors, using novel single-cell profiling technologies. 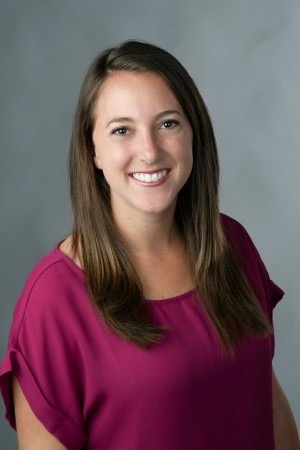 Rachel Goldfeder is a Computational Scientist at The Jackson Laboratory. Her main focus is creating software to analyze genome sequencing data from patients with cancer or other diseases with the goal of learning more about the genetic underpinnings of those diseases. Rachel earned her BS in Biomedical Engineering from Washington University in St. Louis and her PhD in Biomedical Informatics at Stanford University. Outside of work, Rachel enjoys traveling, hiking, and spending time with her family. 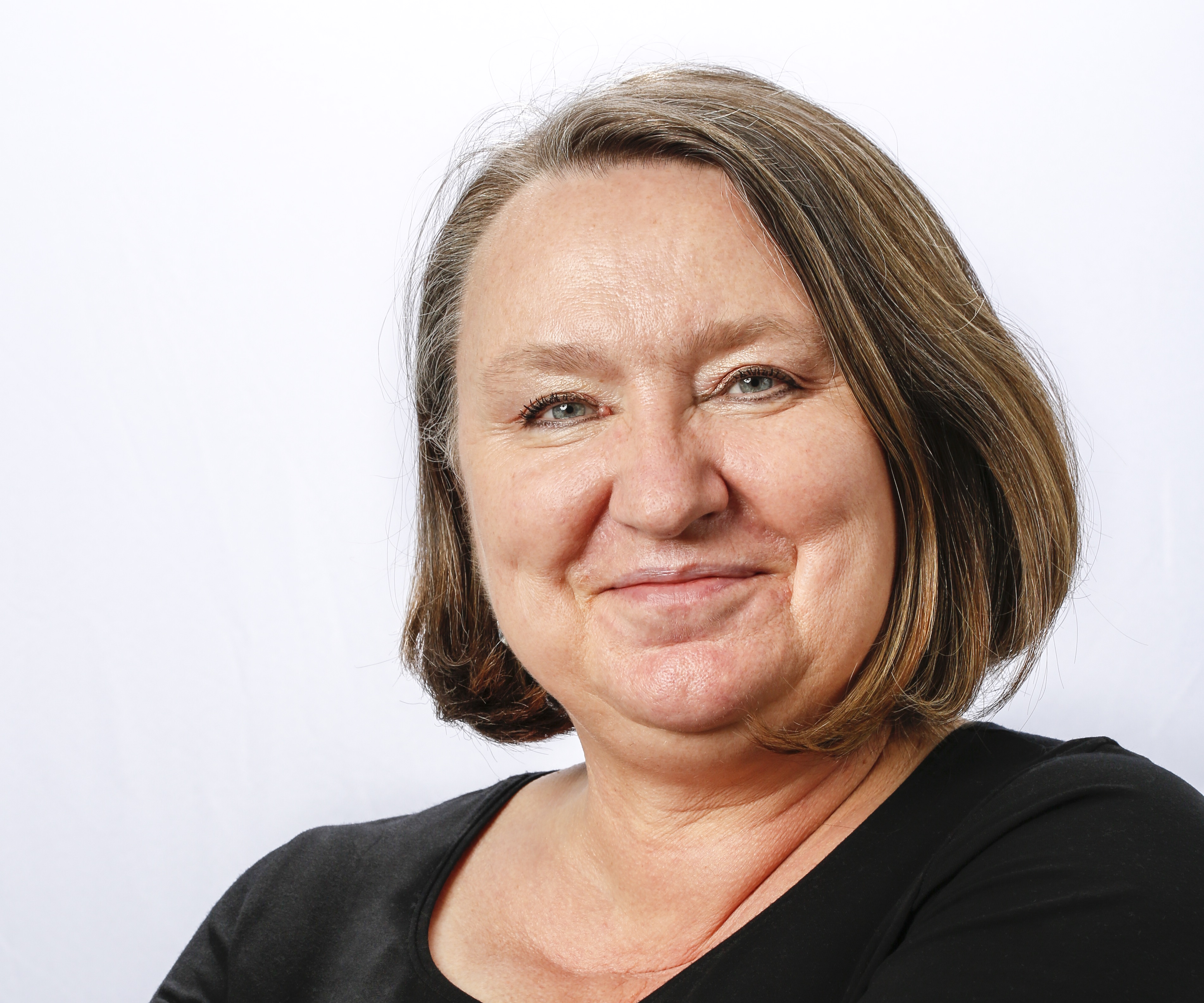 Karolina Palucka, M.D., Ph.D. is a Professor and Associate Director of Cancer Immunology at The Jackson Laboratory for Genomic Medicine (JAX) in Farmington, CT, and also serves as a Professor in the Department of Immunology at the University of Connecticut School of Medicine.  She joined JAX in 2014; having previously been at the Baylor Institute for Immunology Research, where she was the Michael A.E. Ramsay Chair for Cancer Immunology Research and director of the Ralph M. Steinman Center for Cancer Vaccines. Dr. Palucka also served as a professor at the Mt. Sinai School of Medicine within the Department of Gene & Cell Medicine. She received her M.D. from the Warsaw Medical Academy, Poland, and her Ph.D. from the Karolinska Institute in Sweden.  Dr. Palucka specializes in human immunology, with a focus on experimental immunotherapy, and has pioneered the development of dendritic cell-based vaccines for patients with cancer or HIV.  Her research is aimed at understanding, controlling, and manipulating the body’s own immune response as the basis for developing new vaccines and immunotherapies against infectious diseases and human cancers. 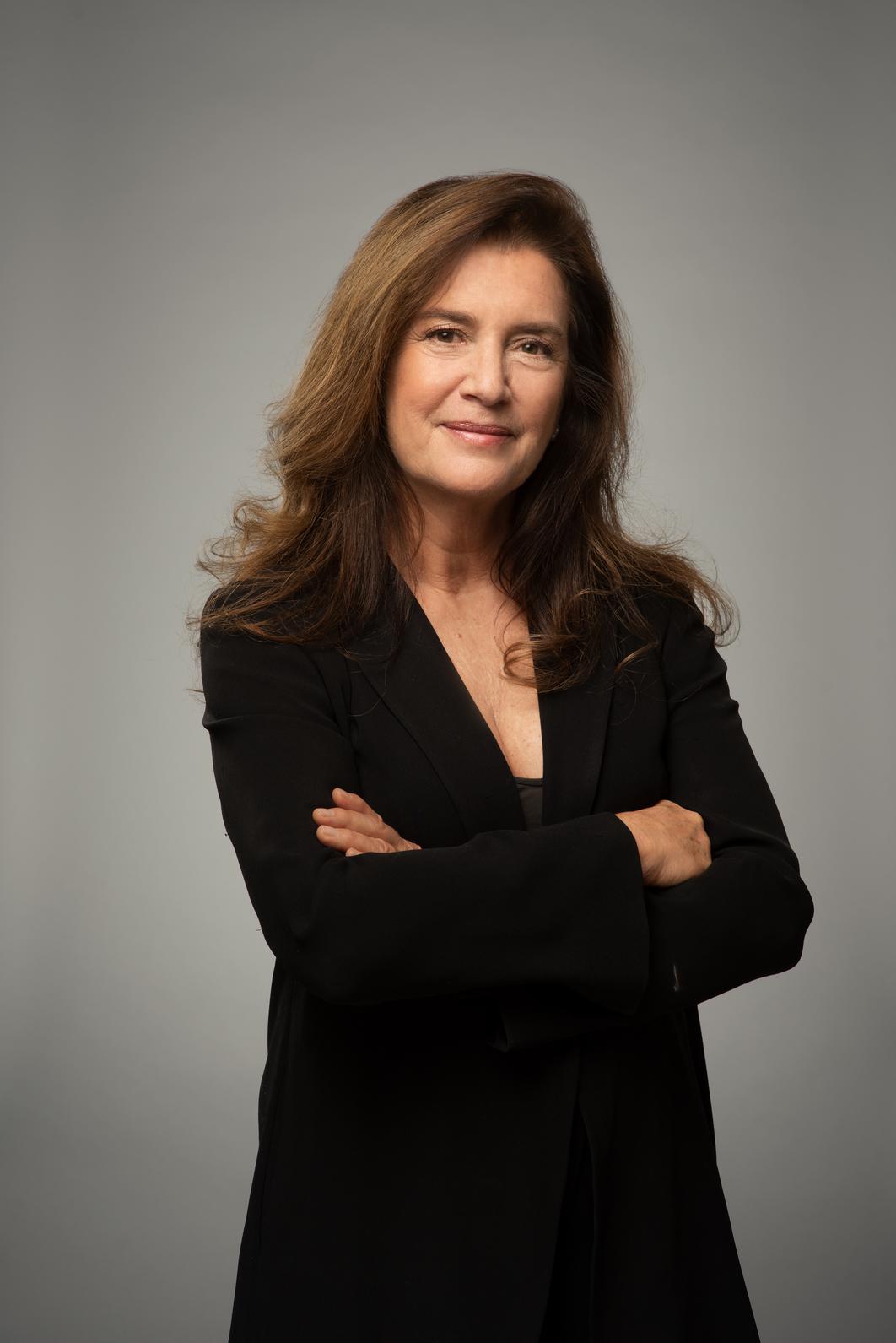 Professor Rosenthal is the Scientific Director of The Jackson Laboratory (Bar Harbor, Maine).  She obtained her Ph.D. from Harvard Medical School, where she later directed a biomedical research laboratory, then headed the European Molecular Biology Laboratory (EMBL) campus in Rome.  She founded EMBL Australia as its Scientific Head and was Founding Director of the Australian Regenerative Medicine Institute in Melbourne. She is an EMBO member, a Fellow of the UK Academy of Medical Sciences, and of the Australian Academy of Health and Medical Science.

Rosenthal’s current work focuses on the role of growth factors, stromal cells, and the immune system in the resolution of tissue injury for applications in regenerative medicine, modifying the profile of immune cell infiltration to facilitate or prevent tissue repair. Rosenthal’s team has demonstrated the power of harnessing mouse genetic diversity to identify new genetic pathways in the varied outcome of cardiovascular disease, and more recently to model variations in host genetic responses to COVID-19.