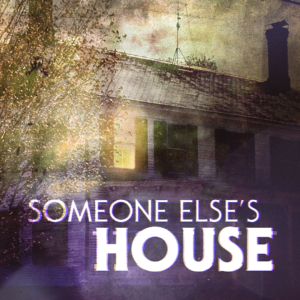 Obie Award-winning multimedia artist Jared Mezzocchi has a harrowing story to tell: his family’s frightening, true-life haunting inside a 200-year-old New England house. Light a candle, and prepare yourself – as best you can – for this LIVE virtual haunting. October is the perfect time for a ghost story!

Founded in 1985, TheaterWorks’ mission is to produce high quality, contemporary theater that is relevant to their audiences, engages a diverse community, and provides insight into the human experience.

TheaterWorks presents approximately 225 performances per season and has produced over 150 plays to date. The company’s repertory includes the hottest, most current plays—plays usually sold-out in New York, Chicago, and London— presented in a gem-like 191-seat theater where the farthest seat is only 8 rows from the stage. TheaterWorks experiences combine artistic quality with a relevant repertory of plays that address social and cultural issues; are by culturally and ethnically diverse playwrights; speak to non- traditional audiences; and are unpublished or un-produced. All of this serves to assure TheaterWorks’ artistic independence and continued role as a unique and important member of the region’s family of cultural institutions.

Each season, TheaterWorks presents 5 productions that run from 4 to 6 weeks and an additional holiday show. On average, TheaterWorks’ annual audience is 36,000 of which more than 5,000 are subscribers—a subscription base that is much larger than other theaters our size. To reach the broadest possible audience, TheaterWorks offers a variety of education and outreach opportunities for adults and students.

In addition, TheaterWorks owns and manages the historic 1927-built property at 233 Pearl Street, known as City Arts on Pearl. The facility houses the theater’s business offices, performance and rehearsal venues, production shop, dressing rooms, and storage space. We also provide a home and services to 4 other arts organizations including Revisionist Films.