My Favorites
/ This Is My Hartford: Andy Hart

This Is My Hartford: Andy Hart 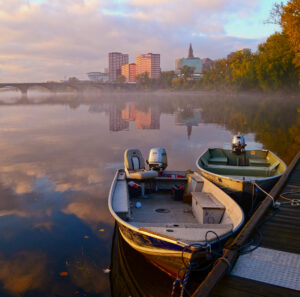 Andy Hart is a writer, graphic designer, and photographer at the Hartford News, a weekly community newspaper, and the Hartford Guide, a biannual magazine. A Hartford native, he shares about how he enjoys photographing and documenting the region.

ANDY HART: I was born here. I grew up in the Blue Hills neighborhood and lived there until 1985 when my parents moved to a smaller house in West Hartford. I lived in New Britain, Glastonbury, and West Hartford. I came back to Hartford around 1993 after I’d gotten a job at the Hartford News, which was on Franklin Avenue at the time. We recently moved to Arbor Street.

I decided to live on Franklin Avenue after I’d been with the Hartford News for a couple of years. I really like the neighborhood, and it’s a community paper, so I figured it would be a good idea to be part of the community.

What impact do you hope to make in the Hartford Region?

ANDY: The main thing is through documenting, which isn’t something I’d planned on. It was just work I did for the newspaper and then I’d take nature photos for fun every once in a while. 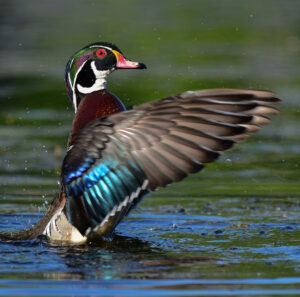 At first I took community photos for the newspaper and now I’ve built up this stock of photos that covers many things. It’s something for people to look at for years to come. I didn’t know it was history at the time, but it is micro history, I suppose.

ANDY: It’s relatively small and it’s very diverse. You get to know each other, which is what I really like about it. I think finding out about these different cultures is fascinating.

How do you tell the story of Hartford?

ANDY: That’s a very good question. And I don’t know. I eventually decided it doesn’t matter. I’m just going to keep taking as many photos as I can and eventually donate them. What story they tell depends on who’s looking at them. I’ve always made the pictures I share on social media public so anyone can access them. Sometimes when people do, I see them in places where I didn’t think they’d be.

I don’t know what communications are going to be like 10 years from now, let alone 50. And I think you need the source material, so that’s what I’m trying to provide. What happens to it? I don’t know. I can’t control that.