My Favorites
/ This Is My Hartford: Tisa Rabun-Marshall

This Is My Hartford: Tisa Rabun-Marshall

This Is My Hartford is a series from the MetroHartford Alliance where we connect with local business owners, community drivers, residents, and employees to find out how the Hartford Region has shaped them throughout their career, and how they have contributed to our city and region. 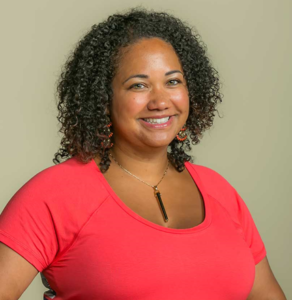 TISA RABUN-MARSHALL: I’m a native of Seattle, WA. I went to college on the East Coast and Virginia and happened to be selected as a part of an internship program at Phoenix Life, which is now Nassau Re. It’s kind of an unheard of track these days where you intern for a company, you graduate, you’re hired by that company, and then you stay at that company for 16 years. But that’s how I got here initially.

During my internship, I spent about 10 weeks in the city of Hartford. I lived in the dorms at Trinity College and worked downtown. It was very much a Hartford experience.

When I came back to the company full time, the company set me up in an apartment in Manchester. There weren’t any apartments downtown at the time. It just wasn’t a thing. There wasn’t that opportunity to live downtown in the same way there is now, which is great for young talent coming into the city.

TISA: I got here through a job opportunity and what’s more important is why I’ve stayed. I’ve stayed for many reasons, but mainly it’s because of my connection to the community. Even now, I’m still building relationships with colleagues at other companies through programs like Leadership Greater Hartford (LGH).

I’m currently on the LGH board, but back in 2005, I had no idea I would stay connected to the organization in that way. I was simply selected by Phoenix to participate in the LGH Quest program, which connected me with about 45 other early- to mid-career professionals across private, public, and corporate sectors. At the time, I was just starting to understand the assets and complexities of the region and recognize some places where I could make a difference as far as feeling connected to an area where I didn’t grow up.

Those connections also helped expose me to folks from different sectors and get to know the different cultural and arts destinations and events—the theaters, the concerts, the Urban League Greater Hartford dinners, the In the Company of Women YWCA luncheon, the Connecticut Forum at the Bushnell Center for the Performing Arts, and MetroHartford Alliance events, too—which is how I networked and met different individuals here.

I would say I’ve become a part of Hartford by becoming involved in the community. Particularly in different organizations like the Amistad Center for Art & Culture at the Wadsworth Atheneum, United Way, and Leadership Greater Hartford. What’s nice is that it started that way 16 years ago and it continues today.

TISA: As a New Englander coming from the West Coast, I had to learn to appreciate the seasons here. I especially look forward to fall in Connecticut—we have everything from apple picking to touring corn mazes, wineries, and breweries. I’ve also grown to actually enjoy snow, which I definitely did not like when I first came here!

Within Hartford I think there’s a continuous opportunity to make sure we raise up all the positive things going on. But we need to balance that with being very transparent and real about some of our challenges. But because we’re smaller, we’re able to dig in and address some of those things more easily. That doesn’t mean our challenges are easy to resolve, but you can see the mayor talking to the major corporations and CEOs of the nonprofits and people know how to collaborate toward some solutions, which I think is unique for a smaller city and one of Hartford’s assets. It’s also one of the things I enjoy about being here, knowing that accessibility is a little better than some of the larger metropolitan areas, and knowing that gives us an advantage.