The Travelers Championship today announced that the 2020 tournament generated more than $1.6 million for 115 local charities through the generosity of corporate sponsors, including Travelers.

“Despite being held as a TV-only event due to the pandemic, we’re grateful that we were able to generate a significant amount of money for local charities while keeping the players and our greater community safe,” said Travelers Championship Tournament Director Nathan Grube. “We’re fortunate to have so many wonderful sponsors and corporate partners who value the importance of doing what we can to support those in need. Without their help, not only this year but every year, we wouldn’t be able to make this kind of charitable impact.”

This year, one of the charitable recipients is 4-CT, an independent nonprofit that has funded statewide COVID-19 relief efforts. The Travelers Championship is also providing a grant to the University of New Haven’s Center for Advanced Policing and Tow Youth Justice Institute, whose Connecticut Institute for Youth and Police Relations program will help educate and train police officers so they can improve relationships with the communities they serve.

Since Travelers became title sponsor in 2007, more than $20 million has been generated by the tournament for local charities, and at least 750 organizations have benefited over that time.

“Being there for our communities is the essence of who we are at Travelers, and our sponsorship of the Travelers Championship provides us with an opportunity to really make a difference at a time when many nonprofits need it most,” said Andy Bessette, Executive Vice President and Chief Administrative Officer of Travelers. “This year it was important to show appreciation for the healthcare efforts in the fight against COVID-19, as well as address racial equality. This financial support will help these important organizations continue in their missions to keep workers safe and foster positive relationships.”

The 2020 Travelers Championship was won by Dustin Johnson, who is currently No. 1 in the Official World Golf Ranking. Preparations have already begun for the 2021 event, which will take place June 21-27 at TPC River Highlands in Cromwell, Connecticut. For more information, visit TravelersChampionship.com. 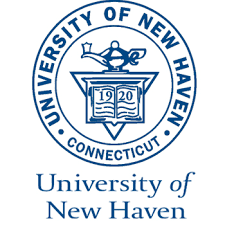 About the Travelers Championship
The Travelers Championship, held in Cromwell, Connecticut, is one of the premier events on the PGA TOUR and part of the FedExCup series. Named by the PGA TOUR in 2017 and 2018 as the recipient of the “Players Choice” award, the Travelers Championship proudly supports the TOUR’s Tradition of Giving Back by donating 100% of net proceeds to charities. Travelers, a leading provider of property and casualty insurance for auto, home and business, is the Official Property Casualty Insurance Provider of the PGA TOUR. The company became the tournament’s title sponsor in 2007. Travelers has been doing business in the Hartford community for more than 160 years and has been a corporate sponsor of this event each year since its inception in 1952. Complete details are available at TravelersChampionship.com.