Bouvier Insurance Gets Its Roots in Hartford 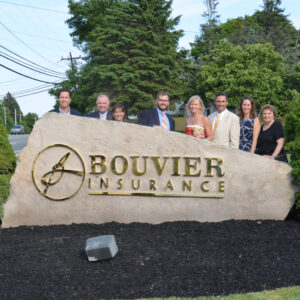 As Insurance Capital of The World, the industry is essential to the Hartford Region and helps drive the state’s economic development. Ranked number one in the country for insurance jobs per capita, Connecticut is responsible for $13.9 billion in gross state product.

In a landscape populated by the likes of insurance giants such as Aetna, Cigna, ConnectiCare, The Hartford, and Travelers, independent, family-owned businesses like Bouvier Insurance also add economic value to the region.

The agency was founded in 1959 by Robert Bouvier, who set up at 111 Pearl Street in Hartford and eventually relocated to West Hartford Center. The company has created economic opportunities in and outside of Connecticut. It now has 140 employees with 10 offices, seven of which are in the state.

Rob Bouvier took over the business in 2007. He attributes what he calls a “capable and educated workforce” to one of the reasons Hartford is the known as Insurance Capital of The World and adds that the region is at an advantage because it has the talent pipeline to continue to fill insurance positions.

Bouvier notes that the region is also appealing to younger generations looking to build their careers. “Insurance carriers have invested a tremendous amount to create more welcoming, intuitive, and user-friendly environments with collaborative space,” he says.

“InsurTech’s influence on the industry catches millennials’ interest,” he adds. “When you integrate that into the insurance offering, it makes for a more dynamic, robust experience.”

Bouvier is proud of the company’s growth—and proud to say it got its start in Hartford. He emphasizes that having additional locations outside of Connecticut helps Hartford be known as the Insurance Capital across the country.

“People readily identify with Hartford, “ he says. “They think: You’re from Hartford, so you know insurance and it gives you instant credibility.